Exterometer 2020 November and December by January: these are the deadlines

You are here:
News 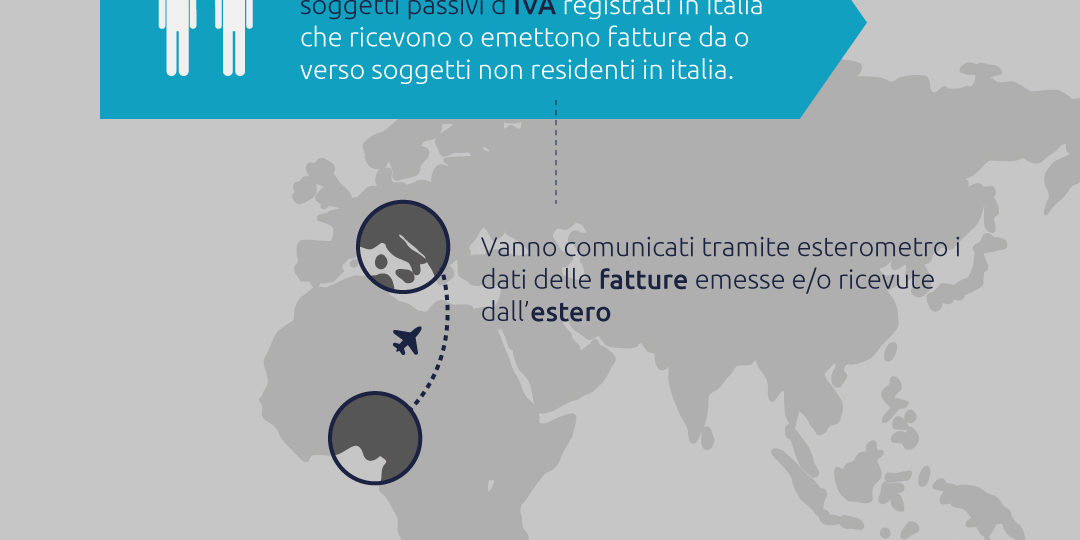 Exterometer 2020 November and December by January: these are the deadlines

Budget law 2020: amended the forecast of the forecast becoming quarterly. November and December 2019 by January 2020. Here are the deadlines

As you know, from 1 January 2019, in conjunction with the introduction of the electronic invoice, the communication of cross-border transactions (cd) was introduced. “esterometer”). In practice, it is the obligation to communicate via telematics all active and passive transactions with individuals residing in EU or non-EU countries, in a manner similar to what was previously envisaged in the meter. These transactions are generally not documented by the electronic invoice and therefore the data contained in them are not automatically acquired by the financial administration.
The obligation to send the foreign meter applies to all VAT liabilities established in Italy (professionals/businesses residing in Italy or foreign entities with stable organization in Italy) for transactions made or received by persons not established in Italy, regardless of whether they are economic operators or private entities (including non-commercial entities).
On the conversion into law of D.L. 124/2019 (tax decree linked to the 2020 budget law) it was envisaged that: “Telematic transmission is carried out quarterly by the end of the month following the reference quarter”.
The new quarterly periodicity, according to a news given by the Revenue Agency during a conference organized by accountants in Milan should also apply to 2019 so that the november and December foreign meter can be presented by January 31, 2020. It is hoped that this interpretation will be clarified officially, because the text of the rule does not clearly state this interpretation.
Pending the desired clarification for 2020, the sending time becomes less tight as the monthly transmission changes to:
1. Quarterly
2. by the end of the month following the reporting quarter.
It will then go from a number of submissions potentially at least twelve to a maximum of four transmissions, provided that transactions to and from abroad were made and recorded in the reference quarter.

This content is restricted to site members. If you are an existing user, please log in. New users may register below.